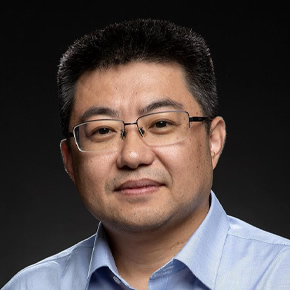 Yiqin Gao, Ph.D., is a Professor at College of Chemistry and Molecular Engineering and an investigator at the Beijing Innovation Center of Genomics and the Biomedical Pioneering Innovation Center, Peking University. He is also a senior investigator at the Shenzhen Bay Lab. He received his B.S. from Sichuan University, his M.S from Institute of Chemistry, Chinese Academy of Sciences, and his Ph.D. from California Institute of Technology. He was a postdoctoral fellow at Caltech and Harvard University from 2001 to 2004. He was an assistant professor at the chemistry department of Texas A&M University from 2005 to 2009 and moved to Peking University in 2010. He is a recipient of the Pople Medal, CMOA Prize, Searle Scholar, Dreyfus New Faculty Award, and the Clauser Prize. He is currently a member of editorial board of J. Chem. Phys., J. Phys. Chem., Chem. Phys. Lett., ACS Central Sci., Acta Phys. Chem., and Material of Chemistry.

Back to Key Advisors