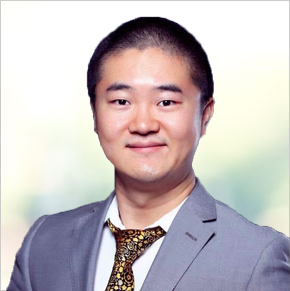 Previously, as Scientific Director/Group Leader at Janssen BioTherapeutics, Songmao guided the preclinical, translational, and early clinical PK/TE/PD characterization of numerous biologics across oncology, immunology, and other therapeutic areas. He was awarded the prestigious Philip B. Hofmann Research Scientist Award, the second highest recognition in Johnson & Johnson, given to researchers for “major contributions of leadership, original ideas and research leading toward development of a technology platform, process or better understanding of a scientific technical phenomenon”. As a recognized key member of the Janssen teams, he also received >25 J&J Leadership, Innovation Leadership, and Encore/Inspire awards.

Songmao has authored approximately 30 peer-reviewed publications (accumulative Impact Factor approximately 150) and book chapters, has presented in over 30 national and international conferences with 6 awards, and is named as co-inventor on approximately 10 patent filings. Currently, he serves as a Member of Scientific Program Committee of the American Society for Clinical Pharmacology and Therapeutics (ASCPT), and an Editorial Board member for ASCPT’s peer-reviewed journals Clinical and Translational Science (CTS) and Clinical Pharmacology & Therapeutics (CPT), the flagship journal of ASCPT.

Songmao received his Ph.D. in Pharmaceutical Sciences from the University of Washington (UW), followed by postdoctoral training at the Center for Pharmacometrics & Systems Pharmacology (CPSP) in the Department of Pharmaceutics at the University of Florida (UF). He currently is appointed Affiliate Associate Professor at the UW and Courtesy Adjunct Assistant Professor at the UF. He is also serving as a Corporate Advisory Board Member at the UW School of Pharmacy. Songmao graduated from Sichuan University with a B.S. degree in Biological Sciences, during which time he was awarded a one-year honored exchange at the UW Department of Hematology. He received further training as an intern at Seattle Genetics and as an ORISE Fellow at US FDA.