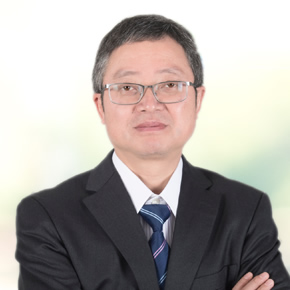 Chairman of the Board of Directors

Mr. Peter Luo is our Co-Founder and has served as our Chief Executive Officer since November 2011 and Chairman of the Board of the Directors since February 2018. Dr. Luo served as the first lead scientist in computational protein design and protein laboratory at Xencor (Nasdaq: XNCR) from July 1998 to August 2000. In September 2000, Dr. Luo founded Abmaxis Inc. and served as its Co-Founder, Chief Technology Officer, president, and director. In May 2006, Dr. Luo led the acquisition of Abmaxis Inc. by Merck & Co. (NYSE: MRK), after which Dr. Luo served as a director of Biologics Technology at Merck, and Chief Technology Officer of Abmaxis, the subsidiary of Merck & Co. Throughout his career, Dr. Luo also led the business development efforts in connection with collaborations and strategic partnerships with multiple global partners. Dr. Luo received his bachelor’s degree in applied chemistry in technical physics from Peking University in 1986, master’s degree in applied physics from The Institute of High Energy Physics of the Chinese Academy of Sciences in 1989, and Ph.D. degree in chemistry from The University of Chicago in 1995. Dr. Luo also completed his postdoctoral research in protein folding at Stanford University in 1998.