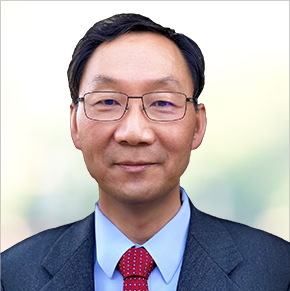 Jiping Zha, M.D., Ph.D. is our Executive Vice President of Clinical Development. Dr. Zha is a physician scientist with over 20 years of formative experience in both academia and biotech industry. He received Howard Temin Award from National Cancer Institute. Previously, he was also an instructor at Harvard Medical School and an Assistant Professor at the University of Texas Southwestern Medical Center at Dallas. He has extensive experience in disease biology, drug discovery, translational sciences and clinical development, and successfully led multiple small and large molecule programs from IND-enabling stages to clinical testing. He also played key roles in the development and execution of multiple biomarker/companion diagnostic programs at Genentech and MedImmune, and was a development team lead and clinical lead for a phase 1/2 solid tumor program at NGM Biopharmaceuticals.

Dr. Zha has served multiple leadership positions, which include the discovery/diagnostic/translational science team leaderships at Genentech and MedImmune, SVP of Drug Discovery Technologies and VP of Cancer Biology at Crown Bioscience, and most recently as executive director of Translational Sciences at NGM Biopharmaceuticals.  He has over 40 publications in high-impact scientific journals, such as Cell, Science and Nature, and authored multiple patents.

Dr. Zha received his M.D. from Shanghai Medical University, and Ph.D. in Microbiology and Immunology from the University of Tennessee Health Science Center. He completed his anatomic pathology residency training at Washington University School of Medicine and Brigham and Women’s Hospital.  Dr. Zha is a licensed physician in the State of California and board-certified in Anatomic Pathology.