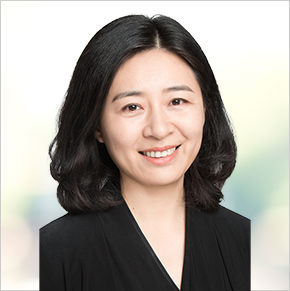 Yuwen Liu is a leading advocate for the biotechnology, biopharmaceutical and medical technology industries, with over 20 years as an entrepreneur, advisor and investor.

For over nine years, Ms. Liu was Chair and CEO, followed by executive director, of Suzhou Industrial Park Biotech Development Co. Ltd. (BioBAY), building it into one of the fastest growing biotech clusters serving over 400 start-ups, including Innovent, BrightGene and Qiagen (Suzhou), where she also served on the boards of directors. As a strong supporter of innovation, she was also a founding partner of BOHE Angel Fund, one of the first angel funds in China focusing on healthcare start-ups, which invests in biologics, drug discovery and diagnostics. She was also a founding member of BioVENTURE Fund Investment committee. Ms. Liu previously served as the first Chief Representative to set up the China operation of Perrigo. Earlier in her career, she had various positions in quality and business development at Capsugel, a division of Warner-Lambert later acquired by Pfizer.

Ms. Liu graduated from China Pharmaceutical University with a master’s degree in pharmaceutics and Master of Management at Fudan University and Norwegian Management School BI. She is a licensed pharmacist.